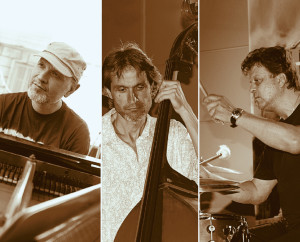 Acoustic Version was founded in 1985 by two extraordinary instrumentalists and composers, the pianist Anthony Donchev and the drummer Hristo Yotsov. Since the very beginning the duo has captured the imagination of audiences and critics worldwide. A German reviewer: “…the sound produced by Acoustic Version is of the highest quality and precision. The improvising structure could not be better balanced.”

Acoustic Version were the first prize winners of the two most prestigious international jazz competition in Europa: Hoeilaart, Belgium (1985) and Leverkusen, Germany (1986), where Anthony and Hristo were also awarded the Jazz  Artists of 1986 title.