As part of the audience, I was very lucky to be there to share such a beautiful, heartfelt concert. My husband Ivo was the promoter. I remember he ran away on the same day in search of some MINI-DISCs, as soon as he listened to the trio rehearsing: there were all the signs that something exceptional was about to happen. He was right in his intuition. The Queen Elizabeth Hall was full, with people waiting outside in search of a spare ticket. As soon as the concert started, the Bulgarian audience was enthralled, as we all were. There was some magic in the air that evening, all the elements converging towards the perfect event, inspiration, joy, elation. Fiammetta Tarli

This concert was a special night, probably one of those special concerts that happen few times in a lifetime. Looking back, I can say that I am very happy I have organised the gig at the South Bank in London for the Theodosii Spassov Trio. We were offered a last minute cancellation by the South Bank and the concert was on Sunday, the 30th of June 2002. We realized why we were offered the concert at the last minute: it was the day of the Football Word Cup Final. When we understood, it was a bit of a heart-stopping feeling. It could have been a disaster for the box office. In fact it wasn’t. We had a SOLD OUT performance. We were not planning to record the concert, but after listening to the rehearsal, we wanted to. But it was a Sunday, and the only thing available in the hall for recording was a mini-disc recorder to be plugged in the mixer. It was obviously not ideal, but we did not have a choice. At 5pm, I took a cab and went in a search of few blank mini-discs. I found some just 10 minutes before closing time. I returned to the South Bank 15 minutes before the beginning of the concert. The quality of the recording itself is not what we would like a recording to be, but it has a very meaningful story behind it.

It is very important because this is one of the only three recordings available of this Trio. For me is a privilege to publish this recording, despite its shortcomings, also because it features the pianist Rumen Toskov who is no longer with us. He died at the age of 41 on the 22.07.2010 from a Lymphoma. The news was given to me, while I was fighting with Leukaemia in London, by Hristo Yotsov, who visited me at Hammersmith Hospital in September 2010. I was shocked and very sad. This recording is dedicated to his memory with, the wish and hope that medicine will be able, in the future, to help cure such diseases. Ivo Varbanov 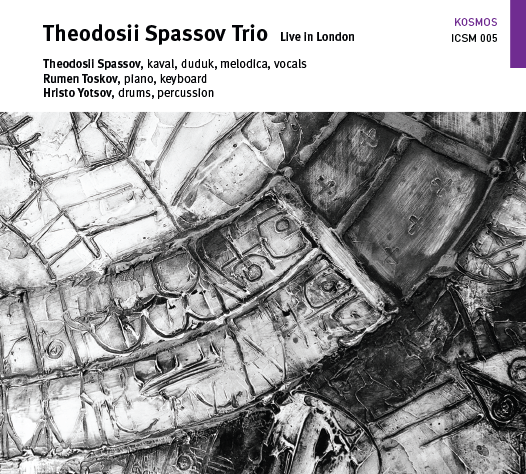 Acoustic Version : Time In Time Out

Listening to Acoustic Version was certainly part of my early musical development and the very first contact with jazz in my teens. Jazz was not highly developed in Bulgaria as in other East European countries such as Poland, but already in the 1960s there were some formidable players and composers. All the jazz fans would remember Milcho Leviev and its jazz quartet FOCUS ’65 which was awarded the Critic’s Prize at the Montreaux Jazz Festival in 1967. Over the last thirty years jazz, ethno-jazz and fusion have flourished in Bulgaria with some unique musical examples such as Theodosii Spassov and Ivo Papazov.

This recording is a classic album because of the natural flow of the music and the extraordinary empathy between Hristo Yotsov and the Donchev brothers, Anthony and George. Acoustic Version has always been about the musical synergy and chemistry between the players. Their classical training and cultural background have determined a style impossible to define. Certainly there are elements of Bulgarian folklore — treated in a “urban” way — European classical music heritage of chamber music making, and experimental contemporary jazz.

Their language is based on an intelligent dialogue, where the conventional style of a jazz trio is changed. The three instruments are equals. The bass is not a mere part of the rhythm section and the drums are not just adding colour and energy to the structure of the piano playing. Anthony’s voicing creates musical spaces for the other two players with the support of his left hand. His brother George is subtle in shaping the phrases and has lots to say in his solos. Hristo Yotsov on the other hands has a very rich palette of colours and helps to create a complex musical texture.

Acoustic Version has kept its character and has evolved and matured over this thirty years without changing its style, which I believe can be considered part of the European jazz classics.

The magazine of the European Jazz Association – Jazz Forum says: “Donchev and Yotsov have managed to extend the jazz language to fields, where no one ever now has made experiments.” 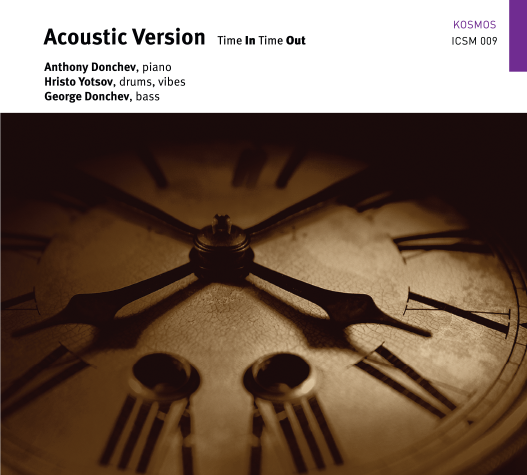 The title of this collection of pieces – some written specifically for the album, some older ones – comes from Distance, a composition I wrote in 2001 for trumpet and piano. I reimagined and reworked the piece for solo piano in 2017 and decided to use the Latin word spatium, because besides suggesting the distance between two geographical points or two people, it also means ‘space’ (the English word comes from spatium), cosmos, an interval of time … I liked the depth of its meaning, the multifaceted connotations that it evokes, and how it represents not only the feel and spirit of the pieces on the album, but also the distances between the land of my birth and the land of my current home, and between the three music traditions that find common ground in my work – Bulgarian, Western European ‘classical’ and American blues and jazz.
Milen Kirov

Music in the moment is the most ephemeral of arts. But those intangible vibrations compensate with remarkable shaping and staying power. They play with our perception of time and space, evoke memories, inspire visions, connect people and places, enlarge both our internal and external awareness and linger long in heart and mind.
That may be an overly grand introduction for an album that reminds us at every moment of music’s more primal pleasures of kinetic rhythms and ear-charming tunes. But the stunning hybridity of Milen Kirov’s music, with its complex, utterly idiosyncratic mix of multiple cultures past and present, provokes big thoughts as readily as it does tapping toes and smiling humming. (It also reminds us how hard it is to write about music – but great fun to try!). 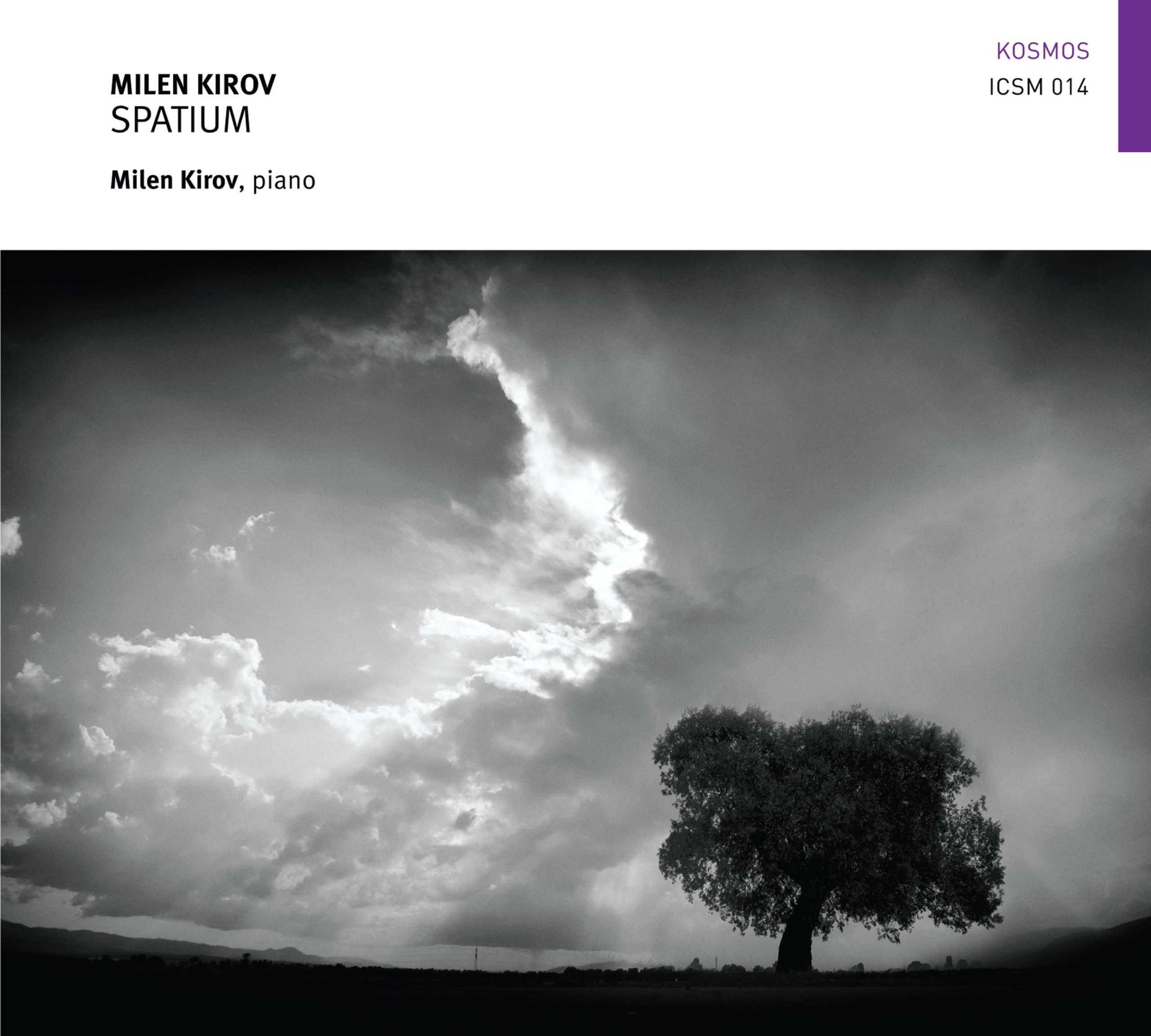