Legacy…It is this idea of late style that seems to inspire Varbanov: His playing has a quality of utmost subtlety, reverence, and seriousness of purpose; it is profound music, yet delivered in a simple and recognizable manner. The pianist’s playing is ideally suited to this anything but virtuosic program—though one not without its difficulties—especially in the more lyrical moments. — Scott Noriega, Fanfare

Within this theme of last keyboard works, Varbanov presents a wide variety of mood and technique. He makes a particularly strong case for the Schumann pieces through his forceful, committed delivery. Varbanov’s reading of the Beethoven bagatelles is assured and unadorned…I like the stout (dare one say Lutheran?) spiritual conviction Varbanov brings to them. This whole recital…is pungent and intriguing.— Huntley Dent, Fanfare 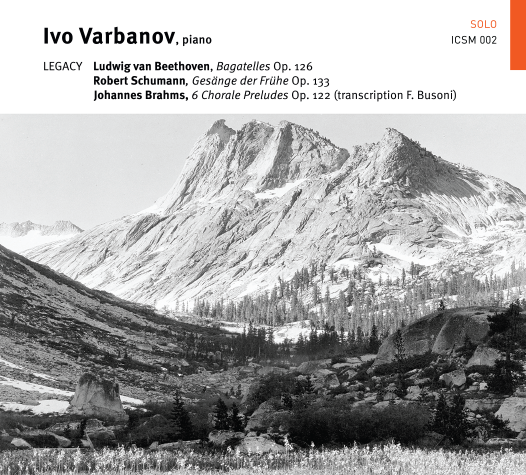 Schoenberg, though brief is a reason enough to own this CD. Here Tarli is brilliant and articulate, allowing the background Romanticism of these pieces to come to the fore.  I would welcome a CD of twentieth-century piano music from Tarli. – HI-FI+

Freedom… Tarli…performs…with both style and flair. Some of the highlights of her disc… are magical, such as her fiery, yet at times light-hearted reading of Schumann’s “Aufschwung,” her impassioned way with “In der Nacht,” or the ultimate stillness she creates in the last of Schoenberg’s six pieces. — Scott Noriega, Fanfare

Tarli plays the Moments musicaux with an unaffected directness that allows them to speak with charm and grace. The Fantasiest?cke is… fully mature Schumann, marked by all the arabesque-like keyboard figuration, spontaneous-sounding melodic sweep, Romantic impulse, and technically demanding virtuosity, all of which Tarli demonstrates her mastery of and real feeling for… — Jerry Dubins, Fanfare

I would place Tarli’s readings [of Schoenberg’s Six Piano Pieces Op. 19] on equal footing with those I’ve heard by Roland Pöntinen on BIS and Maurizio Pollini on Deutsche Grammophon, and she is better recorded on this ICSM release than either of them.— Jerry Dubins, Fanfare 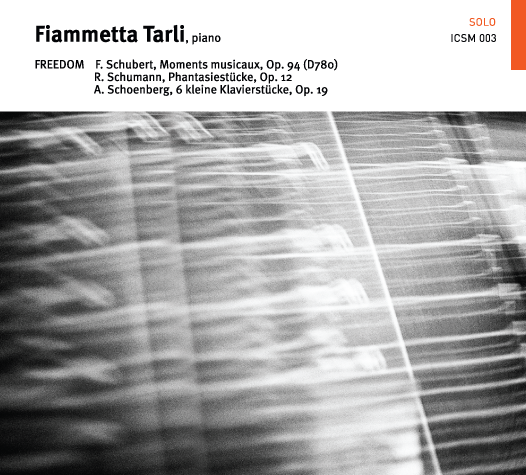 •George Gershwin: Rhapsody in Blue, Preludes & Transcriptions
With 3 bonus tracks from the Gershwin Songbook (arranged for piano and Orchestra by Hershy Kay)

British pianist Viv McLean has chosen a fascinating range of pieces for solo piano, either original or brilliantly arranged by Percy Grainger, Maurice Whitney, and Henry Levine) for his compilation of Gershwin piano music. The result is breathtaking, with a final bonus of three songs performed together with the Royal Philarmonic Orchestra.

The best composers show more than their souls through their music: they also capture the spirit of their heritage, their communities and their era. George Gershwin was no exception. Music, he suggested, “must repeat the thought and aspirations” of the times. “My people are American,” he declared. “My time is today.”

George Gershwin (1898 –1937) — one of those Jews whom Mason found so insidious— began his career plugging hit tunes at the piano for Tin Pan Alley (as the popular music industry in New York City was called); by the end of his career he was a tennis partner of Arnold Schoenberg’s and a respected composer of a concerto and an opera. Of all the Modernist composers, Gershwin had perhaps the most remarkable faculty for assimilating and fusing diverse styles: whereas Stravinsky uses many styles — Russian folk, ragtime, Baroque, twelve-tone — holding them all gingerly at arm’s length, Gershwin synthesizes so enthusiastically that it is difficult (in his concert pieces) to tell where the world of Ravel stops and where the blues begin. Of course, this discrimination is sometimes troublesome in Ravel’s own work, such as the Violin Sonata (1923 –27), with its “Blues” second movement; but Gershwin may have done more than anyone else to show just how flimsy the division between high and low music can be.*