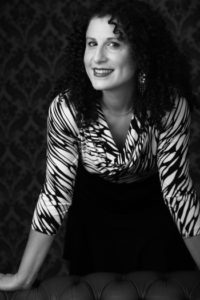 Fiammetta Tarli plays regularly throughout Europe, both as a soloist and in chamber music groups, whose members include Ofer Falk (former first violin of the Allegri Quartet), Rohan De Saram (former cellist of the Arditti Quartet), David Cohen, Roger Chase, and with her husband Ivo Varbanov (two pianos, four hands). She has performed with the conductors Massimiliano Caldi, Martin Georgiev, Stanislav Oushev and Muhai Tang. The composers Silvina Milstein and Martin Georgiev have written works for Fiammetta and Ivo as a piano duo.

Between 2018–19 she performed in Bulgaria with the Sofia Soloists (in the premiere of Georgiev’s Concerto for two pianos and string orchestra, Diptych of Light and Time, composed for Fiammetta and Ivo), the Varna Philharmonic and the Shumen Philharmonic Orchestras. She has also played in the United Kingdom, Italy, France, Germany, Austria (Arpeggione Kammerorchester) and Poland (Gdansk Philharmonic Orchestra). Fiammetta made her debut in China as a soloist with the Tianjin Symphony Orchestra under the baton of Muhai Tang.

Fiammetta began studying piano at the age of five with Giampiero Semeraro in Pisa, her home town in Tuscany, and gave her first concert aged nine. She earned her diploma in Piano Performance and Music Studies at the Florence Conservatoire at the age of seventeen. Fiammetta specialised in solo repertoire with Maria Tipo, Lydia Rocchetti Pezzati and Ilonka Deckers in Italy, and in chamber music with Iain Ledingham at the Royal Academy of Music, London. She has participated in numerous masterclasses with Alexander Lonquich and Elio Battaglia, and has been leading masterclasses herself in London and at the Radom National Music School in Poland. Her keen interest in literature and musicology led her to achieve her Master of Musicology and Ph.D. at King’s College London.

In collaboration with Ivo Varbanov, she founded a new audiophile record label, Independent Creative Sound and Music (ICSM) Records, which to date boasts seventeen releases in its ever-expanding catalogue.

Fiammetta’s concerts have been broadcast by RAI and Rete Toscana Classica (Italy), and Slovak, Bulgarian and Spanish National Radios. Her recordings – two with Gega New, Bulgaria; five with ICSM Records; and one with Lorelt Records (the first recording of in a bowl of grey blue leaves for two pianos, composed by Silvina Milstein and dedicated to the duo Tarli-Varbanov, with two more to come) – have received wide international acclaim (Fanfare, The Observer, International Record Review, Rivista Musica, Klassisk Musikk, HI-FI+). Future projects include the release of Mozart’s Concertos for Two Pianos (K365 and K242), recently recorded with the English Chamber Orchestra, conducted by Muhai Tang.