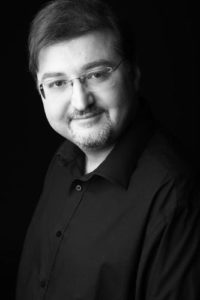 Ivo Varbanov is a leading figure in Bulgarian music and culture at home and abroad.

After an enforced break from performing from 2009 to 2012 as a consequence of Leukaemia, he returned to the London stage with impressive performances at the Royal Festival Hall with the Royal Philharmonic Orchestra, Kings Place in the ‘Brahms Unwrapped’ season and at Cadogan Hall.

In 2017 Hyperion Records released a recording of Dimitar Nenov’s Piano Concerto and Ballade No. 2 with the Royal Scottish National Orchestra, conducted by maestro Emil Tabakov. It received wide international acclaim, garnering an average rating of 4.5/5 stars from the music critics. To date, Ivo has made thirteen commercial recordings for Hyperion Records, Gega New, B.N.R., Lorelt Records and ICSM Records (the record label he founded with his wife, the pianist Fiammetta Tarli).

His performances include concertos, recitals and chamber music in more than twenty countries across three continents. Career highlights include multiple performances in London at the Royal Festival Hall, Wigmore Hall, Kings Place, Cadogan Hall and St John’s, Smith Square. Other appearances in the UK include the Royal Concert Hall in Glasgow, the Freeman Concert Hall in Manchester, St George’s, Bristol, and the West Road Concert Hall in Cambridge. Further afield, he has performed at Carnegie Recital Hall in New York, the Bulgaria Concert Hall in Sofia and the Philharmonic Hall in St Petersburg.

Ivo started to play the piano at the age of six in his home town Pleven in Bulgaria with Eleonora Karamisheva. A few years later he studied with Riccardo Bertazzolo and the renowned Hungarian teacher Ilonka Deckers in Italy. After his graduation at the age of twenty, he moved to the UK to work with Sulamita Aronowsky at the Royal Northern College of Music in Manchester and with Frank Wibaut at the Royal Academy of Music in London, completing his postgraduate studies in 1998 (on a Rotary Foundation Scholarship). Ivo also studied privately with Dennis Lee and has been inspired in masterclasses by such renowned teachers as the pianists Alexander Lonquich, Barry Douglas and Lev Naumov. He has been leading masterclasses himself at the Bulgarian National Music School in Sofia, the Lucerne School of Music in Switzerland and the Radom National Music School in Poland.