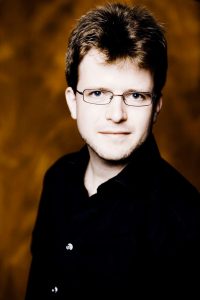 Nils Schweckendiek has been artistic director of the Helsinki Chamber Choir since 2007. He studied music at Clare College, Cambridge, and orchestral and choral conducting in Freiburg and Helsinki. Guest engagements have taken him to the Leipzig Opera, Finnish National Opera, Savonlinna Opera Festival, SWR Vokalensemble Stuttgart, Netherlands Radio Choir, Croatian Radio and TV Choir and Danish National Concert Choir, as well as orchestras in many European countries. He is committed to performing the music of our time and has conducted around ninety first performances, including music theatre, orchestral, choral and ensemble works. In 2013 his performance of Einojuhani Rautavaara’s monumental Vigilia with the Helsinki Chamber Choir was televised on ARTE. He has been professor of choral conducting at the Sibelius Academy of the University of the Arts Helsinki since 2014.